Putting the SOCIAL in Social Media 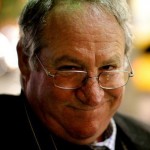 It usually starts about 10:30 at night, a stream of tweets about what’s on the news at 11, sent by the people who will be doing the news. In the trade, we call these kinds of promotional announcements “topicals,” because they highlight the topics of stories.

And, I’m sorry to say, there’s not a single bundle of 140 characters that works.

The reason these topicals don’t work on Twitter or Facebook or Google+ is because they’re the wrong message in the wrong medium. Social media isn’t a promotional platform; it’s a conversational one. So someone—in this case, a whole lot of someones I happen to follow or friend or “like” in the Facebook sense—got the idea social media was like doing a tease. It’s not. It’s much more like making a personal appearance.

There’s a particular drill to a personal appearance on behalf of a TV station. Any of us who have been called upon to speak at a service club or chamber of commerce luncheon—which by now has to include everyone who has worked at a television station for more than a month—know exactly what that drill is. It’s involves listening, interacting, and engaging with real people.

These are the very things lacking in the tweets I get at 10:30 at night, or the status updates a friend posts six hours ahead of time to let me know what’s going to be on the news at 5 on the East Coast. Think about it: these “topicals” don’t even work on getting your mother to watch anymore.

They were devised by marketers as a way to hold an audience from a drama into the newscast that follows. And after deluging these kind viewers for three or four decades now with topicals, proofs of performance, interstitials, and every other form of promotional announcement, the promos pretty much lost their punch. Can you imagine phoning a friend at 10:30 at night and saying, “Tonight, we’ll have the story of a child lost for hours, pet adoptions, and all the sports and weather”? If it worked, television marketers would have resorted to robo-calls decades ago!

And yet, social media remains the fastest, best, and most economical way to build a television audience. Ask Conan O’Brien, who sustained an audience on Twitter for seven months, from the cancellation of his NBC show to the start of his TBS show. Or Alabama meteorologist James Spann, who amassed more than 80,000 followers and friends on social media to tell them about the tornadoes moving through the area in May. Or NBC News cameraman Jim Long, based in Washington, DC, whose 40,000 followers get many behind-the-scenes looks at our nation’s leaders.

Last week, Facebook + Journalists released the first round of results from a study of the most effective uses of the site for news. Twitter’s guide on the same topic came out two weeks earlier. Both are worth reading—and following—to keep up with how people are using the platforms. Some simple changes to what you’re posting—like asking questions of those who follow you in your posts, or engaging with them in comments, about linking to your stories already posted on the station’s website. Maybe it’s changing the times you post.

Economists explain the choices people make in the marketplace with the “value proposition.” It basically means a consumer is always weighing what’s being provided against the price being asked to determine whether to enter the transaction. Is a ticket to a ball game with $1,000? Not to most people, but possibly to some. Should I buy a BMW? It costs more than most other cars, but some (especially the guy in the BMW commercials) might say it confers a certain status on those driving it. This is the value proposition in action. Some have made it less ominous by reducing it to an abbreviation—WIIFM—“what’s in it for me?” Everyone asks it all the time of every transaction, whether it’s buying a bottle of wine or deciding to read your Facebook status.

As broadcasters who are learning a new communications landscape, we have to be conscious of it as well. It’s how our followers judge us, how they decide whether to keep following us, and—here’s the commercial part of the proposition—whether they should watch us.

If you can’t explain the benefit to your followers of every single social media message you send, it’s best not to send it at all.

Paul Skolnick is CEO of New-Lede Media, a multi-platform news provider. He is a 35-year veteran of journalism, and has worked in every platform now in existence — print, radio, television and online. Find him on email (skolnick@newstrench.com), Facebook (http://www.facebook.com/paul.skolnick), or Twitter (http://twitter.com/#!/paulskolnick).

View all posts by Paul Skolnick →

« Camp Carmageddon! PICTURES!
A “Newslife” Worth Living and Reading »