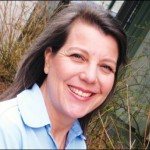 I used to received a daily newsletter about Broadcast Media with a regular feature called “the One Paragraph Pitch.” It allows young entry-level News Reporters the opportunity to get their name out to News Directors around the world who might be seeking new talent.

As I’m sure you’re aware, in TV News, writing is paramount. Which is the whole idea behind the assignment. Unfortunately many of these statements I read were poorly written or said very little about the candidate other than a limited vocabulary. I decided to re-write one that I found lingering in cyberspace, and the results are below. The call letters, cities, university, and any other identifying information have been changed to protect the identity of the original writer.

It takes a certain type of person to handle the daily pressures of working in television news. But being a person who thrives in the energy of a newsroom, I believe I am ready for the challenge of becoming a News Reporter. I graduated with a degree in Telecommunications/News from Metro State University. During my time there I worked for MetNews, WMSU-TV as a reporter, photographer, anchor, and producer, obtaining the ability to do it all. I also have an internship at KDEN 8 in Denver under my belt. I am someone who is very passionate about news, someone who will work above and beyond to prove myself and get the job done better than the competition. I would greatly appreciate the chance to prove that by working at a competitive station as a news reporter.

As a recent Broadcast Journalism graduate of Metro State University, I’m eager to launch my career in a leading newsroom. I’m passionate about news, and have a reputation for working hard and setting high goals. While earning my degree, I was a reporter, photographer, anchor, and producer at MetNews/WMSU-TV.  Additionally, I interned at KDEN 8 in Denver. I’m certain I will thrive in a fast paced newsroom and I’m ready to be challenged as your next News Reporter. Thank you for any opportunity you offer.

When writing the one-paragraph pitch, don’t exceed 5 lines, and make sure to reveal what makes you good at your job, and why you like it!

Susan Geary is a certified resume writer and employment radio talk show host with experience as a former TV news producer and manager. She’s owned and operated 1st Rate Résumés® since 2000, and is active is several resume writing associations. Contact her through her website at http://www.1stRateResumes.com.

View all posts by Susan Geary →

« Michael Jackson – The NEXT Trial!
Talk About a Thrill Ride!!! NEW PICTURES!!! »